Channel Mum was started by Siobhan Freegard OBE and she describes the network as the ‘honest, authentic face of parenting.’

There have been many concerns recently over the lack of transparency with influencers not disclosing that they are being paid to promote a product or brand.

Even with all the extra scrutiny influencers are facing in 2019 there are some concerning things with Mrs Meldrum’s latest partnership with Ella’s Kitchen. In this video she advertises the stir in veggie boosts product by the baby and toddler food company.

Viewers Not Aware Of AD Before Deciding To Watch

In Mrs Meldrum’s latest video she is not using the YouTube tool to mark it as a sponsored video. Also there’s no AD text in the thumbnail and AD has been hidden at the end of a long description. This is against the guidelines set out by the ASA as it needs to be obvious that it’s a paid for video before a viewer starts watching.

There’s no indication it’s an AD in peoples feed before they click to play as it’s been hidden at the end of a description. 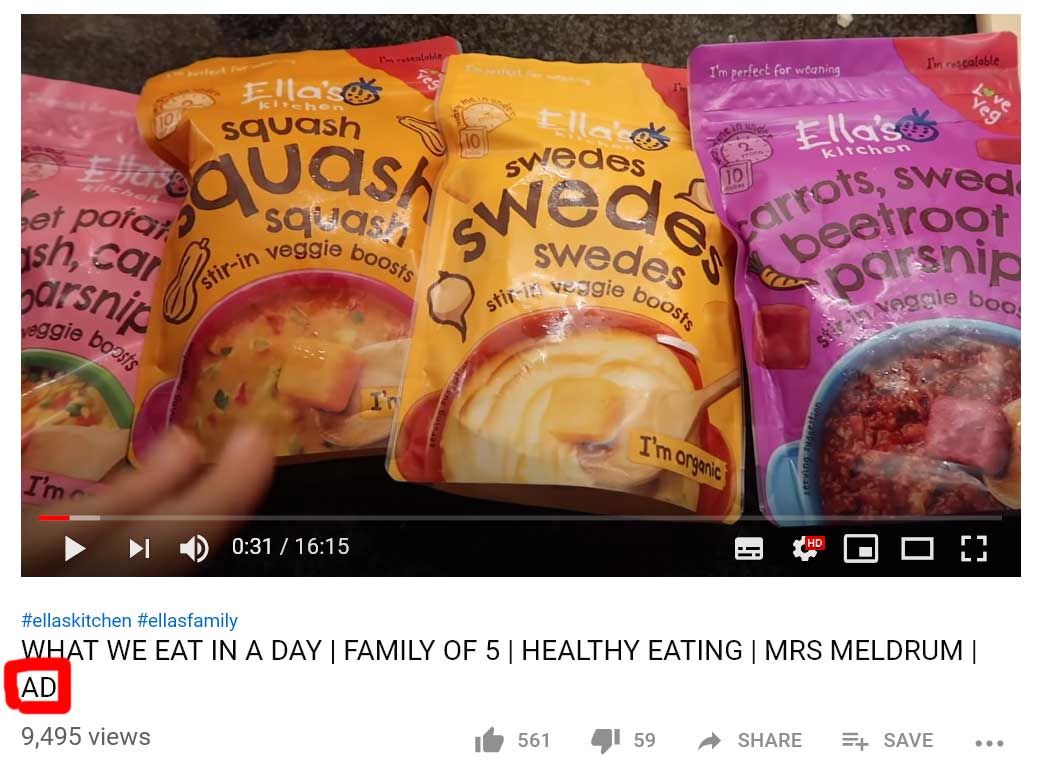 Once you click on the video there are signs that it’s an ad, but it’s part of the very clear guidelines that people should know it’s an ad before watching.

The product advertised is Ella’s Kitchen stir-in veggie boosts. These are vegetables pureed with water and frozen into cubes.

In the video, Mrs Meldrum uses 3 cubes in a Bolognese to feed 2 adults and 3 children.

Each cube is 20g and on the back of the packet, the directions say to use 2 cubes per child.

For 2 adults and 3 children, there should be about 14 cubes to get just 1 portion of veg each.

“No one knows they are in there, Amazing!” Mrs Meldrum praises in the advert. As there’s so little veg in there, it’s no surprise that you can’t taste it. 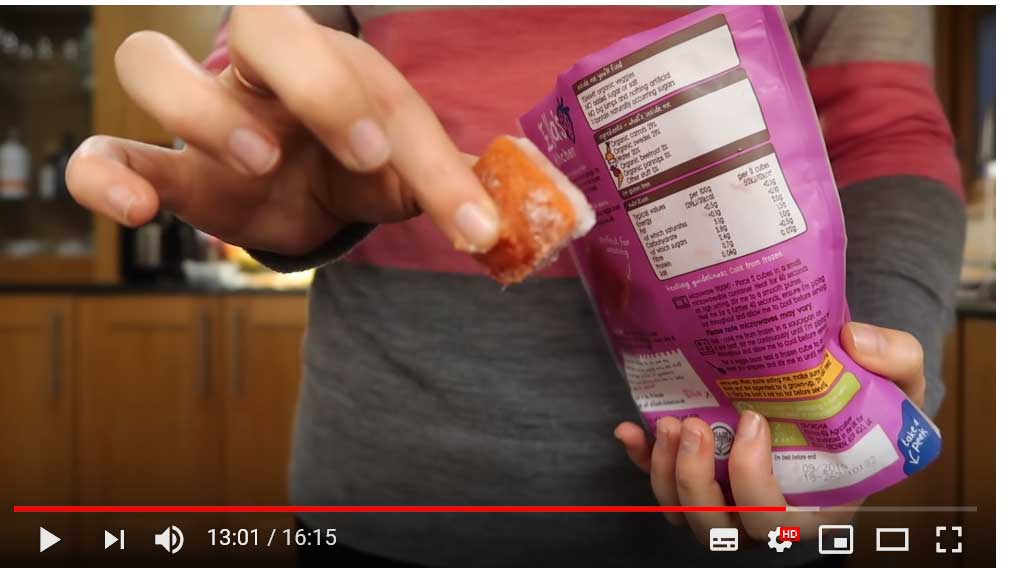 These veggie boost cubes are for sale with Tesco and work out £12.50 per KG. This is over 10 times more expensive than buying the same amount of the fresh produce even before you account for the added water in the frozen cubes.

You wouldn’t be allowed to advertise something so misleading on TV or radio. So it’s disappointing that Ella’s Kitchen has approved this advert. Also Channel Mum and Mrs Meldrum should be very aware of the rules on influencer advertising so it’s surprising that they have made a clear breach of them for this advert.

Channel Mum, Mrs Meldrum and Ella’s Kitchen have been contacted for a response.