You ever heard the saying “a week in the news is a long day” WELL Youtubers said “hahaha hold my beer news” because an HOUR in Youtuber land is a long ass, MESSY day. 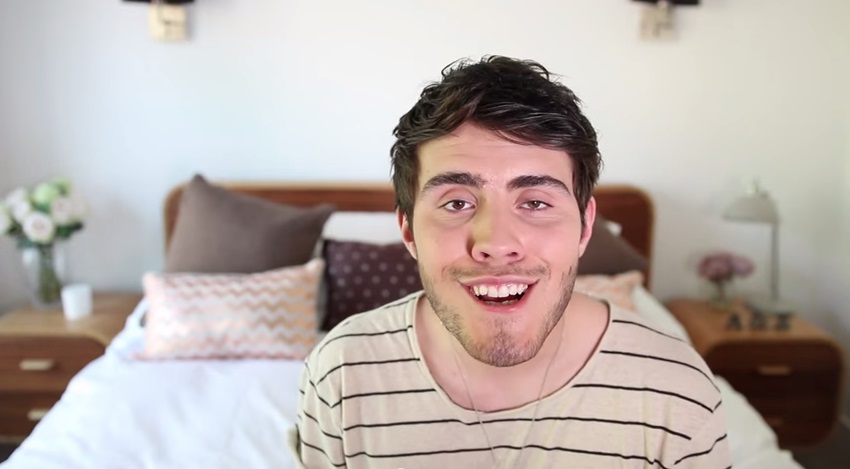 If you don’t follow Alfie on Twitter (Don’t judge me, I do it for you guyz), you would not know the shambles he has created by being….well….himself.

BACKSTORY: Alfie tweeted a picture (he has now deleted) of himself sitting and posing on a statue at Brighton Pride. Innocent right? Well yes in essence.

But the statue is a memorial for AIDs and people got angry at his ignorance. 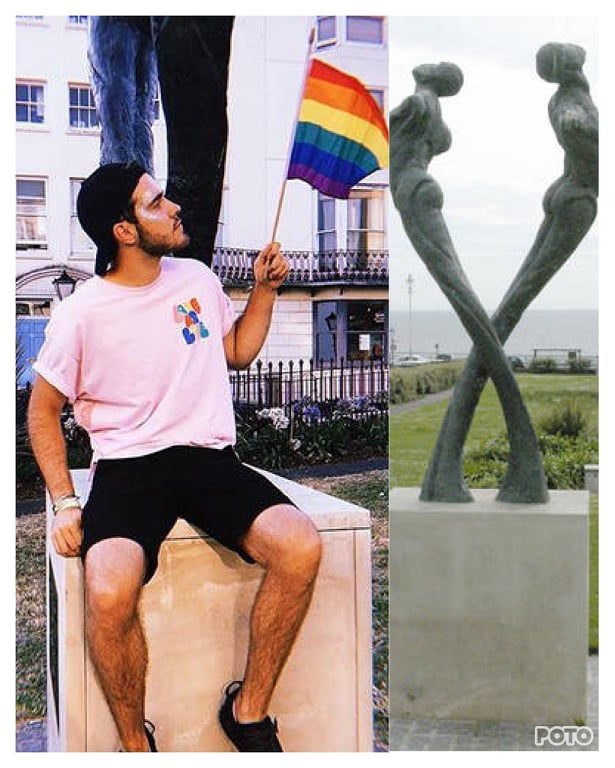 So what does a normal, level-headed human do when shit hits the fan? APOLOGISE!!!! And to Alfies credit (I use the term credit lightly) he did apologise.

End of the story and Zalfie lived happily ever after? NOPE.

BACK TO ALFIES FUCK UP: After the “apology” Evan Edinger (Another Youtube twat and friend of Alfie) got involved and tweeted under the “apology”. Which Alfie replied with a flippant tweet stripping any genuine intent in his “apology”.

The “ANT-GATE” tweet as it will be now be known as, was Alfie basically blaming call-out culture and mocking people, instead of acknowledging WHY people were upset.

Essentially: Alfie made himself the victim in a situation HE CREATED. 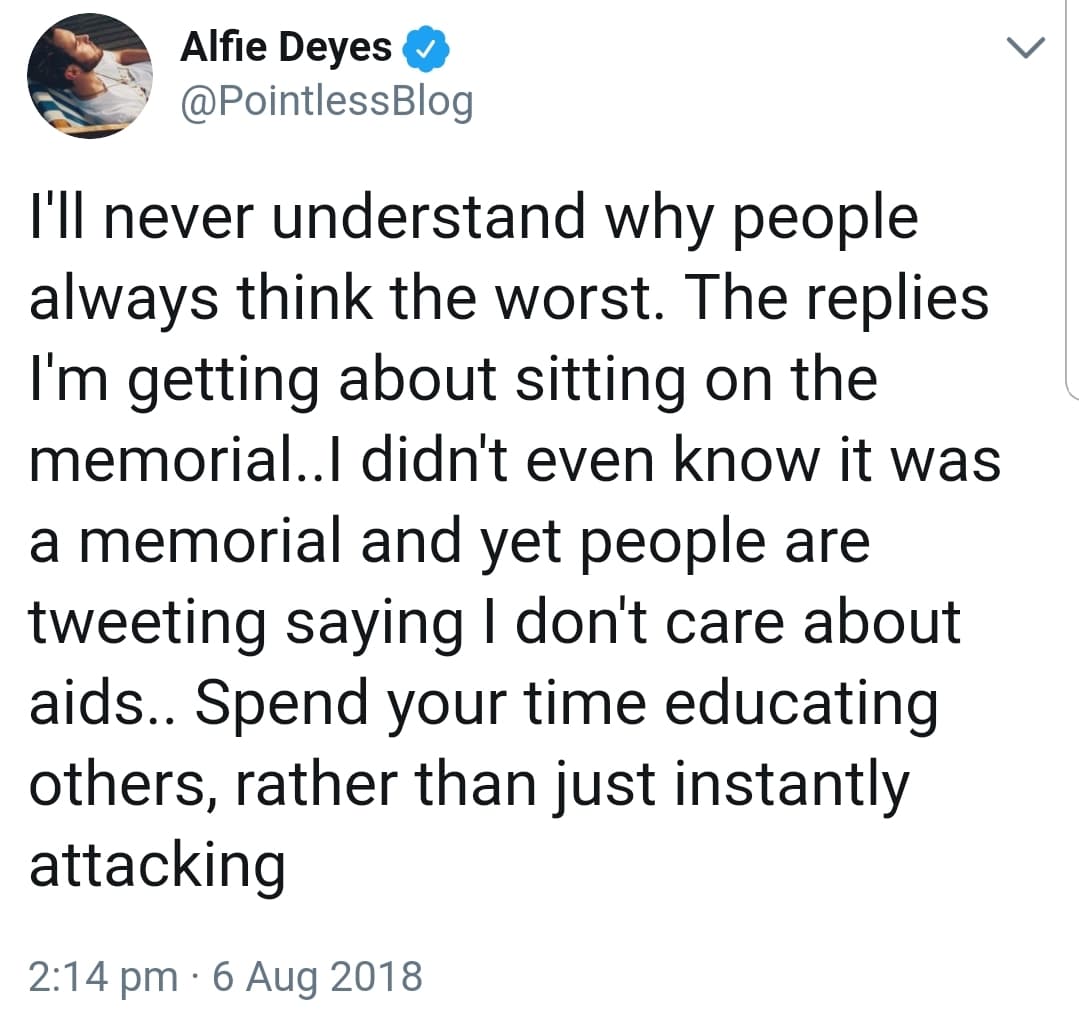 By joking straight after the “apology” tweet shows how ignorant and insincere he is as a person.

Alfie has now deleted the ant joke comment and picture — instead of learning, he hides. But we all have seen the real Alfie Deyes.

Discuss this news article or Discuss Alfie Deyes in the forum.