YouTuber Tanya Burr has been trying to make it as an Actor. She’s had a few extra parts, indy unreleased projects and the lead in a play on the small stage at the Southwark Playhouse.

Users noticed that her Wikipedia page was slowly being cleansed of her YouTube career and edited to make Burr appear as a professional actress. This was before the first performance of her play.

Most of the edits were coming from one user who had been a contributor to Wikipedia for years but only ever made updates to Tanya Burr and her husband Jim’s entries.

This Wikipedia user was probably unaware of how every contribution is recorded and it just takes a few clicks to reveal someone’s contributions. They had been flagged several times as having a conflict of interest by Wikipedia editors. This user did accidentally sign off some messages with “K xx” almost certainly outing themselves as her assistant Kate.

Burr’s assistant then got into an edit battle between Wikipedia users by constantly changing Burr’s job title back to “actress” only to have it changed back to “YouTuber” a few hours later. The assistant pleaded with users that “Tanya has said acting is now her job and YouTube is a hobby” however as she is still an aspiring actress the edits were reversed.

Small roles that Tanya had were embellished by her assistant in the acting credits. To make them seem like they were big parts when in reality they were between 10-30 seconds of screen time.

After a few weeks of edit battles over her profession back Tanya’s assistant was banned from Wikipedia and the Tanya Burr page remains locked to edits.

This is Tanya’s bit part as a cheese shop assistant for the now-defunct Go90 streaming platform by Verizon.

You have to give some respect to Tanya Burr and her assistant for their hustle. There’s something to be said for faking it until you make it, but in these days the internet knows all and it’s all too easy for lies to get found out.

Check out our new Tanya Burr forum to continue the conversation. 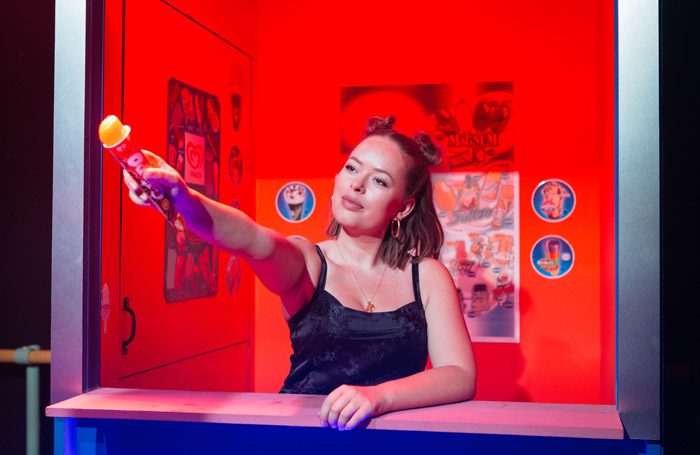